Yale club hockey practices and plays all of its home games at Ingalls Rink, the same rink used by both men’s and women’s varsity teams. Named after former Yale men’s ice hockey captains David S. Ingalls ’20 and David S. Ingalls Jr. ‘56, the rink was designed by famed architect Eero Saarinen ’34 and built in 1959. Gifts from the Ingalls family provided the bulk of the funding for its construction. Since hosting its first intercollegiate game on December 3, 1958, when the Bulldogs faced Northeastern, the rink has been an architectural marvel. The arena gets its distinctive exterior look from a humpbacked roof, supported by a 300-foot backbone. As a result, the building has been compared to a Norse helmet and a brontosaurus, but neither of those names stuck like the Yale Whale, the arena’s most common colloquialism. 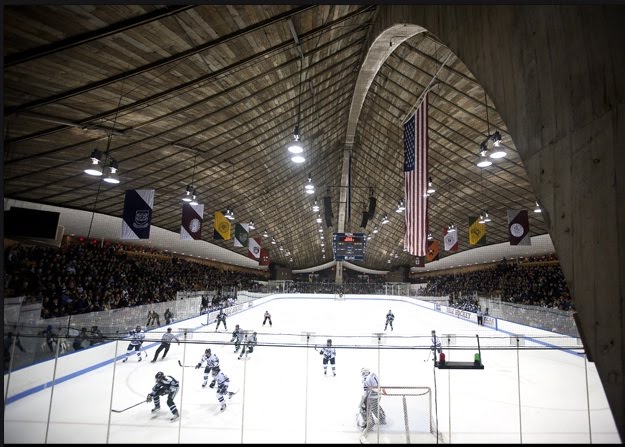